Poison Ivy Rash on the Skin

A poison ivy rash is one type of skin rash that can occur when contact is made with the poison ivy plant. Poison oak and poison sumac are two other commonly found outdoor plants that also cause an adverse skin reaction.

Sometimes it is difficult to distinguish between the various types of poisonous plants. Below are some brief descriptions to help you identify the plants and of course, stay away from contact with them. 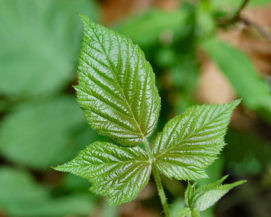 Poison Ivy is identified by its three leaflets per stem.

Poison Oak is identified by its three leaflets per stem as well.

Poison Sumac is identified by a row of 6 to 10 leaflets per stem with one leaflet at the end of the stem and the remaining in two separate rows opposite to each other.

The skin rash is caused by a sap known as urushiol that is excreted from the plant. The sap causes an allergic skin reaction in many people, although not everyone reacts to the sap. Estimates are that up to 30 percent of people do not react to the sap from these poisonous plants.

The poison ivy skin rash usually takes about ten days to clear, but can in some cases take up to three weeks. For individuals that have come in contact with a lot of sap, the poison ivy rash can be severe. The same is true for those that are severely allergic to the sap. Very large and widespread blisters on the skin may form. Also, the victim can experience swelling of the face, mouth, eyelids, etc. Medical attention should be pursued immediately when these allergic signs are present, especially if the victim is having trouble breathing.