The benefits of cinnamon in healthy skin care are very limited despite the existence of this spice for many hundreds of years. Its primary uses have been for cooking and as a general medicinal substance and not for skin care.

For health, cinnamon benefits that are often mentioned in the literature include its use as an appetite stimulant, treatment of gastrointestinal problems, relieving cold and flu symptoms, and also the treatment of urinary tract infections.

Benefits of Cinnamon for Skin

In terms of healthy skin care, cinnamon is considered a mild astringent or in other words it functions as a compound that shrinks skin tissue. Because of this particular property, cinnamon spice does posses a certain harshness to it and certain individuals, especially those with very sensitive skin, might react negatively to the use of cinnamon or especially cinnamon oil when it is applied on their skin. 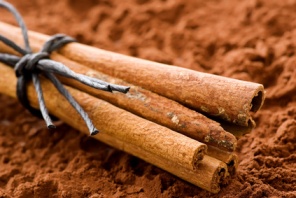 One great benefit of cinnamon is that it does stimulate and warm the skin's surface and thus is used in a variety of massage products to help heat and relax the muscles. Cinnamon is also often mixed with honey to create a paste. This paste is used to treat the itching and inflammation caused by various mild insect bites such as mosquito bites. The cinnamon and honey paste has also been used in other ways such as a mild acne and pimple treatment and to treat very minor skin infections. Cinnamon is generally beneficial in skin care because of its anti-fungal and anti-bacterial properties.

In general, many of the health and skin cinnamon benefits that have been mentioned are not backed by thorough scientific or medical studies. Whether cinnamon actually provides these benefits is debatable although it does have the potential to provide some useful all natural health benefits and to a limited degree skin care benefits. Because of this uncertainty, caution should be undertaken. Do not use cinnamon to deal with more serious or complex health or skin conditions. However, for more minor problems, the use of cinnamon is not likely to cause issues and therefore a little trial and error may help discover if any significant benefits can be obtained from using this spice in conjunction with healthy skin care.