The only thing that takes it away is the antihistamine medication Reactine. This hives disease is very painful. I am planning on having a baby and I am scared to be still taking this medication while being pregnant. Does anyone else have the same concern as me? Is there any natural medicine I could take?

I am only 13 years old and I was diagnosed with dermographism hives in February of this year. I have allergies on top of dermo. The first symptom I thought was odd was a red circle on both of my wrists, I showed my mom and she thought we should wait a day to see what happens. 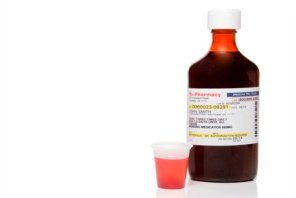 I will leave my story for a later day. For now, I would be very interested in finding out how many of those affected had any dental work done in the months prior to their first outbreak. By "work" I mean fillings, root canals or implants.

So glad to see this site. Thanks.

This is my first time on this site and I thought I would just put what I have going on out there and see if anyone has experienced the same thing and what they did to help it. I'm kind of desperate, considering I normally don't have chronic skin problems.

First thing that started happening about 4 weeks ago was a rash like acne on my forehead. I had a facial with some light microdermabrasion done and the esthetician, who is married to my cousin, told me she was able to remove a lot of stuff from that area and really clean it out. Basically, whatever COULD come out, did. However, there was still the rash which has started to itch more than it did before. Luckily, it can be covered up with make-up, but that's not going to solve the problem. I never had skin problems like this and I'm DYING to figure out what is causing this and what I could do to eliminate the problem.

My second and probably worst issue is the fact that I have been waking up with massive itching hives for the past two weeks. I already use sensitive skin laundry detergent as well as body washes (my husband has EXTENSIVE sensitive skin and we had to change everything up about a year ago). I haven't done anything NEW. I have no idea what is causing this. I have also been traveling the last week and it's the same everywhere I go, so it's not something in my home. Just this past weekend, I noticed that it flared up after a full day of wearing a dress and the affected areas were where my bra strap was as well as the top part of the tights I was wearing, around my stomach. So, after reading some of the info in this site the closest I can come to relating to any symptoms listed on here is the "delayed pressure hives" symptoms. It also mentioned, OF COURSE, that this is a rare type. It takes a long time to go away and I just look a mess, not to mention the ENDLESS itching and madness I go into when the hives flare up. :(

So if anyone out there has suffered from this and has any suggestions for me, I would be EXTREMELY GRATEFUL.

Sincerely, Itchy and Bumpy in California!